ByEmma Porter |
The Cycling Ireland domestic Cyclocross season is fast approaching as excitement builds for another action-packed campaign.  After a successful 2021-22 season, the off-road discipline is among the fastest growing disciplines in Irish cycling.  And after Wednesday’s announcement that Dublin will host a UCI Cyclocross World Cup event on the 11th of December, anticipation for the new season is growing.

Cycling Ireland Chief Executive Matt McKerrow said:  “We’re very excited for the new Cyclocross season as the sport continues to grow in Ireland. A brand-new National Series is set to launch on November 19th that will feature four rounds, with a round held in each province. The announcement that Dublin is set to host a round of the UCI Cyclocross World Cup event in December will also showcase the sport and help encourage more newcomers to Cyclocross.”

WHAT IS CYCLOCROSS AND HOW TO GET INVOLVED

Cyclocross (also known as CX) is one of the most fast-paced and accessible disciplines in all of cycling. The off-road discipline combines many of the skills used in road and mountain biking with an added emphasis being placed on bike handling skills.

Cyclocross is among the most accessible disciplines in cycling, and while there are cyclocross-specific bikes available, a mountain bike is also suitable for the off-road terrain.

Newcomers can join a host of beginner leagues and open training sessions nationwide, you can find more information on events here.

Provincial Cyclocross leagues and championships form the backbone of the competitive season, with provincial leagues set to kick-off in the coming weeks.

The Leinster League of Cyclocross 2022 kicks off on October 9th and run until the 27th of November while the Leinster Cyclocross Championships will be held on the 18th of December.

The Ulster CX series will also kick off on the 2nd of October and run until the 4th of December, the Ulster Championships will take place on the 18th of December.

The Munster Cyclocross League will begin on September 25th and run until November 27th, while the Munster Championships are scheduled to take place on the 18th of December.

Details of the Connacht Cyclocross series have not yet been confirmed. The Connacht Championships will take place on the 18th of December.

The National Cyclocross Championships will bring the curtain down on the season on the 14th and 15th of January 2023.

The Championships will be held in Co. Louth with Bellurgan Wheelers hosting the event. You can find more information here.

A brand-new National Series is an exciting addition to the Cyclocross season, and results can have a big impact on the National Championships.

The series will feature four rounds with an event held in each of the four provinces.

Beginning with the opening round in Westport on the 19th of November, the second round will take place in Drombane, Thurles on the 26th of November.

The McCrystal Track in Jenkinstown will host the third round on the 28th of December while the final round will take place in Portadown on the 7th of January.

Points will be allocated on riders’ position in each round, and the National Series will count towards the gridding for the National Championships, along with the results from the provincial cyclocross championships.

More information on the National Series can be found here.

Another showpiece of the Cyclocross season, the UCI Verge Cross Clonmel is set to be held on the 15th and 16th of October.

The prestigious event offers world rankings points and is expected to attract top riders from both Ireland and abroad.

The challenging race, held at Powerstown Park, is sure to be one of the most exciting events of the season.

You can find more information about the race here. 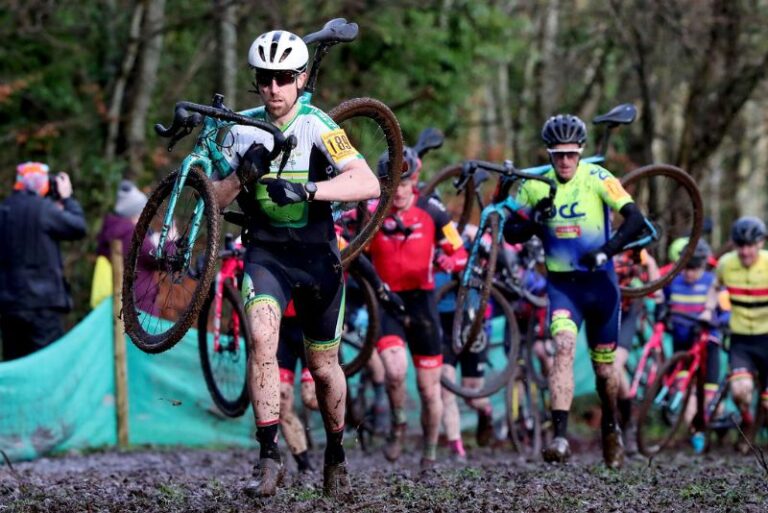