More than 5,000 registered athletes representing more than 92 countries, regions, and territories from around the globe ranged in age from 18-82 as they converged on the Island of Hawai`i for the 2022 VinFast IRONMAN World Championship triathlon. The iconic endurance event returned to Kailua-Kona for the first time in three years as the IRONMAN `Ohana united to Kū Like (stand together) as athletes made their long-awaited trip to compete in triathlon’s pinnacle event

Of the 27 age-group division world champions, 10 hailed from the United States while Brazil, Canada, Germany, and Switzerland all had two world champions each. Rounding out the representing countries of the 2022 world champions was Australia, Austria, China, Denmark, Great Britain, Japan, Mexico, Netherlands, and Poland with one each.

Kailua-Kona, located on the west coast of the Island of Hawai`i, offers the perfect year-round climate and ideal location for this iconic, endurance sporting event. Over 5,000 athletes tackled the ROKA 2.4-mile ocean swim in Kailua Bay, followed by the FulGaz 112-mile bicycle ride along the Queen Ka’ahumanu Highway from Kailua-Kona to the turnaround in Hawi, and capping their day with a 26.2-mile HOKA run beginning on Ali`i Drive, up Palani Road to the Queen Ka’ahumanu Highway, before making their way to the infamous Natural Energy Laboratory of Hawai`i Authority. Athletes completed their journey to the roar of thousands of spectators as they crossed the historic Ali`i Drive finish line. 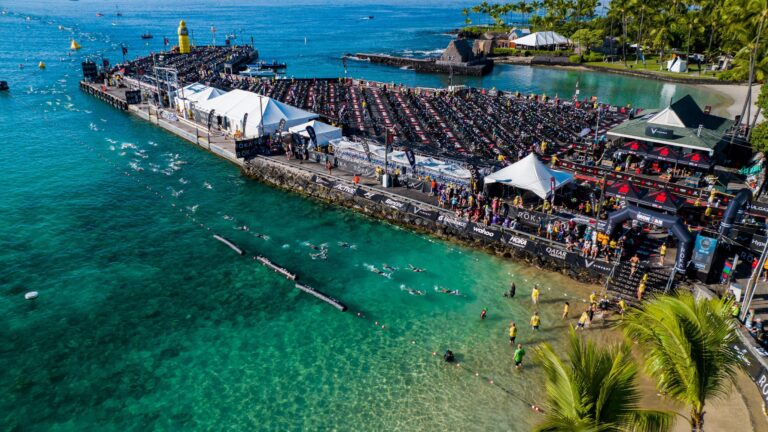