In her first event of the competition, Creighton stormed to a top 5 finish, proving herself against the best junior riders in the World. Creighton looked strong throughout the race and positioned herself well to stay out of the danger zone of being eliminated for majority of the race.

A heavy crash in the opening stages of the race, which Creighton avoided, caused the race to be suspended for a short period of time. Once the race resumed, Creighton continued to ride tactically, and found herself in the final four with Barbora Nemcova of Czech Republic, Ukraine’s Anna Koyzhuk and Isabel Sharp of Great Britain, and was eliminated to finish in fourth place, just missing out on a medal.

“The race started fairly quickly and I was able to get into a good position but then there was a crash and the race had to restart. After the restart I just tried to get back to the front and into a safe position but there were a few times where I had to put in a big effort so when it came down to the sprint, I just didn’t have the legs and was eliminated.

“My goal for the race was just to be comfortable moving around the bunch and getting into good positions so I’m really happy with how the race went but it’s obviously a bit frustrating to be so close to a medal.

“We’ve had the luxury of having two training camps in Gent coming into worlds which helped us get some well needed track time that I think I was lacking at Europeans.

“For the remaining races I have, my main goal is just to get experience riding in a bunch on the track but obviously coming so close to a medal today has made me realise a medal might be in reach for me, so fingers crossed.”

Aoife O’Brien kicked off Ireland’s championship campaign yesterday, finishing in 12th position in the scratch race. O’Brien is in action again tomorrow in the Omnium. 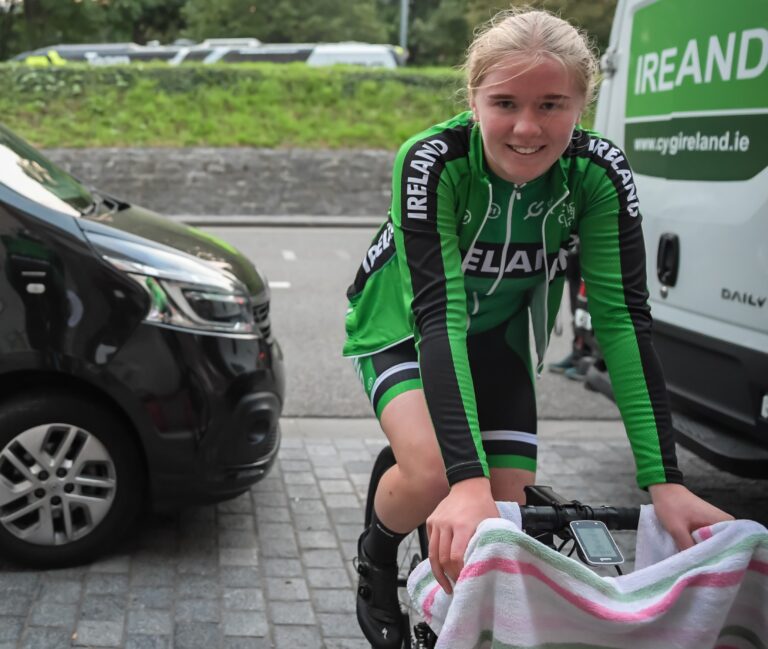