Cormac Ryan: Achill to Athens The Biking Adventure of A Lifetime

Cormac Ryan from Dublin is no stranger to cycling having just completed a mammoth cycling adventure across Europe from Achill to Athens in 58 Days covering  5,350km with 40,000m of climbing all unsupported. Previous to this Cormac has cycled around Ireland and also completed a 32 county cycling adventure as part of his Cycle For Life project and has to date raised over €100,000 for charity.

Cycling however isn’t Cormac’s first love, no as a GAA mad sports fan it was life with a sliotar and hurley that Cormac had envisaged for himself, with dreams of playing for the Dublin Senior Intercounty team.  Whilst well on the way to achieving that goal playing on the u18 Dublin team, life dealt him a cruel blow in the form of a heart condition that saw his GAA sporting dreams shattered at the age of 18 when he was fitted with a pacemaker.

After some time he was able to return to the sport he loved and aim for intercounty hurling success once again.  However, it was during this part of his sporting journey that his story takes another twist and despite his aspirations and appetite for sport, an eating disorder that developed over years stopped him in his tracks.  Thankfully Cormac sought help for his illness this year and after some intensive treatment was given the go ahead to take on his mammoth trek from Achill to Athens with his cousin Stephen Ryan and great friend Niall O’ Donnell.

In this episode we get an insight into Cormac’s life in sport, his honest account of his eating disorder and how it affected him mentally, physically and emotionally in recent years. We also get a glimpse of what life was like on the road for 58 days on the bike, the highs and lows of the journey and what he is most proud of in accomplishing that epic adventure.

Cormac was part of an RTE documentary two weeks ago called Unspoken where he alongside two others shared their story and battle with an eating disorder, it is well worth checking out if you can.  As mentioned in the podcast Cormac is raising funds for Bodywhys: The Eating Disorders Association of Ireland and Pieta House, you can support his fundraising on the link HERE. 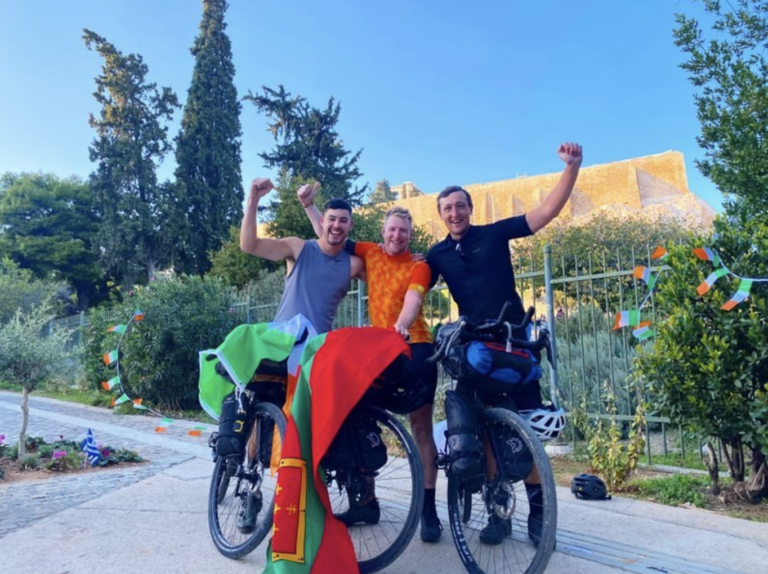