On Saturday night last, the Westport Country Lodge was a hive of activity for the second time in just 12 hours.

Earlier that day Westport Covey Wheelers hosted the first round of the inaugural Cycling Ireland Cyclocross series where nearly 200 participants battled the ups and downs of the foot golf course. With eight races down for decision, it was fair to say it was busy, equally so again that evening when Cycling Connacht and Westport Covey Wheelers hosted a joint awards night.

Volunteers, coaches, event organisers, and competitors’ achievements were celebrated making it a great social night for cycling in the province.

Every award nominee and winner deserved recognition,  there were six recipients who deserved special recognition for their achievements, with two of those being inducted into the Cycling Connacht Hall of Fame.

Male Rider of the Year (All disciplines)

Female Rider of the Year (All disciplines)

Adult Club of the Year

Club of the Year  -Youth

Adult Coach/Manager of the Year

Youth Coach/Manager of the Year

Event of the Year  -Road Race

Leisure Event of the Year

Off Road Event of the Year

Volunteer of the year

Individual pieces on their lives in cycling is available HERE 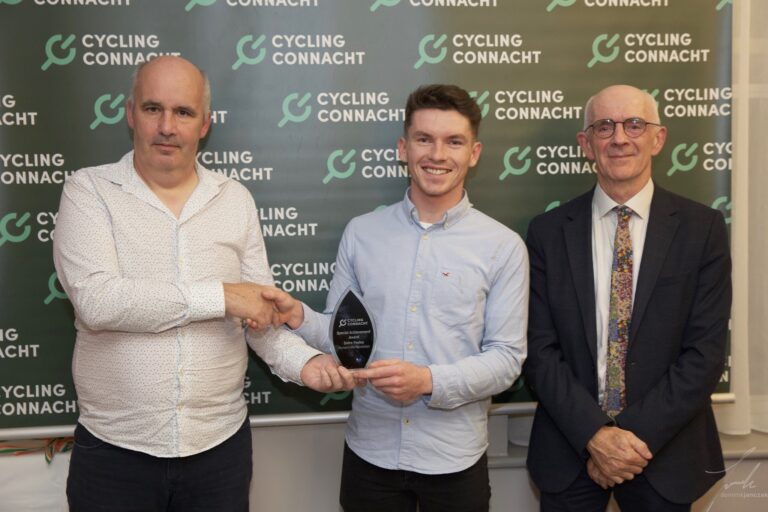