10 swimmers from Britain and Ireland will be braving icy waters in a bid to raise money for the animal welfare charity, the Power of One.

Between the 21st and 28th of January, the 5 men and 5 women relay teams will attempt to break not one, but FOUR Guinness World Records when taking on the freezing, choppy waters of the English Channel.

Since being selected at trials, the relay teams have been training in British and Irish waters over the winter, ready for the challenge. They have three main aims for the swim: raising funds for animal welfare charity The Power of One, making history and creating records by becoming the first ever January relay to swim across the Channel, and lastly raising mental health awareness.

This incredible feat will test the team of elite endurance swimmers both physically and mentally on a pioneering swim in 6-8° waters to help raise vital funds for the Power of One to save and improve the lives of abused and abandoned dogs.

The records the team are aiming to break are:

Men’s Team Captain Ger Kennedy said “We are very much looking forward to the English Channel Winter Swim challenge at the end of the month. We know how important the fundraising we are doing is which will be a huge motivation for us whilst we’re in the water.”

The founder of the Power of One Samantha Hutchinson commented “When I was contacted by Deborah Hazeltine, I was thrilled the Power of One had been selected as the chosen charity for this gig. There is a great parallel between the swimmers and the people we work with internationally; success when facing adversity and challenge.

“Having established in April 2022, we made it our mission to save and improve the lives of abused and abandoned dogs by connecting small rescue groups and charities with people who have the heart and resources to make a difference. By the swim team choosing us, they are choosing to care for thousands of dogs around the world and that is just monumental.”

The long-distance swim of over 33KM consists of a relay team with 5 swimmers per team, all consecutively taking turns swimming to make it from Dover to France (Cap Gris-Nez), across the English Channel. Each relay swimmer begins behind the previous one in the water as they make their way from Dover to France, with all swimmers enduring a one hour rotation in approx. water temperature 8-9C˚.

The swim will be Independently Observed by The Channel Swimming and Piloting Federation (CS&PF) who have achieved worldwide recognition as a club able to facilitate and adjudicate attempts for its members to swim across the English Channel under the rules of English Channel swimming.

Swimmers will only be allowed to wear one pair of togs, goggles and one swim cap as they take to the cold water, no wetsuits are allowed for this effort.

Both Teams will start the channel swim at same time/location with a competitive edge (The Girls V The Boys) but main objective is to complete the mission.

Want to know more about what the team will experience as they take on the Channel? Listen back to the Tri Talking Sport Episode Going to the Extreme: Tales From A North Channel Relay Swim. On the 14th of January 2022 six Irish swimmers made history when they successfully swam from Ireland to Scotland making the North Channel Crossing in just under 13 hours. The six swimmers led by Ger Kennedy are the first team to swim the North Channel in the depths of winter making it an extreme swim in what is widely regarded as the toughest of all channel crossings.

Team Captain Ger Kennedy is renowned as one of Ireland’s most dedicated Ice Swimmers. We spoke to Ger back in 2019 about some of his adventures and expeditions to that point. You can find the podcast HERE.

You can donate to the fundraising efforts at: powerofone.org.uk/donate and follow the training and the swim on the Power of One Facebook page. 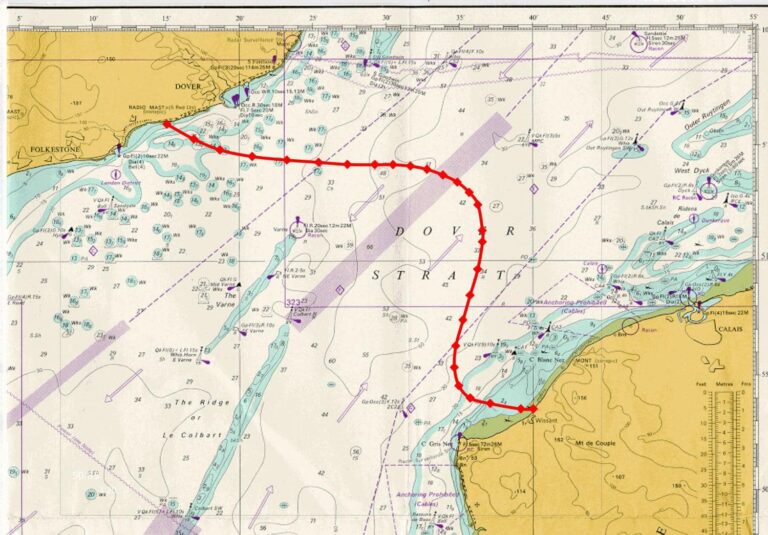