Under the hot French sun Team Ireland took to the European 10,000m Cup in Pace, France, this weekend. The team of seven athletes came away with a flurry of personal and season best performances alongside some top 10 individual finishes.

The day’s highlights came in Clonliffe Harrier’s Efrem Gidey’s sixth-place finish in the Men’s final. The Dubliner set a new personal best of 28:01.50 in the process of his impressive performance. In the closing stages of the race, Gidey battled it out with Germany’s Filimon Abraham and Spain’s Roberto Aliaz, successfully overtaking them to cross the line just outside the top five. The competition favourite, France’s own Jimmy Gressier crossed the line first with 27:24.51 on the clock to set a new personal best.

Paul O’Donnell (Dundrum South Dublin AC) came sixth in his final with a seasonal best of 30:01.39. O’Donnell came out strong from the start, keeping his position within the leading pack. After a change in pace the DSD Athlete kept his composure and his position just outside the top five. Italian Pasquale Selvarolo set his own seasonal best in 28:30.35 coming across the line in first place.

Representing Ireland in the Women’s A Race, Ann-Marie McGlynn (Letterkenny AC), Aoibhe Richardson (Kilkenny City Harriers) and Emma Mitchell (Clonliffe Harriers) took to the start line. From the start Team Ireland’s women were part of a hotly contested race, with position battles and a fast pace being set by the pack leaders.

First to cross the finish line in 25th position on behalf of Team Ireland was Letterkenny AC’s Ann-Marie McGlynn, setting a seasonal best time of 33.31.73 for her third appearance at the 10,000m Cup.  Coming closely behind McGlynn was Richardson who crossed the line in 28th place with 34:22.31 on the clock, outside her personal best time of 32:56.52. Also setting a seasonal best was Emma Mitchell (Clonliffe Harriers) who clocked 34:32.39 crossing the line in 29th place. The race was won by favoured Turkeys Yasemin Can, who alongside her gold medal winning performance of 31:20.18 became the European Lead.

Iveragh AC’s Grace Lynch came off the start line in her final keeping on the outside of the pack. In the early stages of the race, a break away from the pack leaders and a speed up in pace intensified the challenged for all involved. Lynch completed the course in a season best time of 35:35.85, crossing the line in nineteenth position.

You can find the full Athletics Ireland Report & Livestream at the following link: https://www.athleticsireland.ie/news/season-and-personal-bests-with-top-10-finishes-at-european-10000m-cup 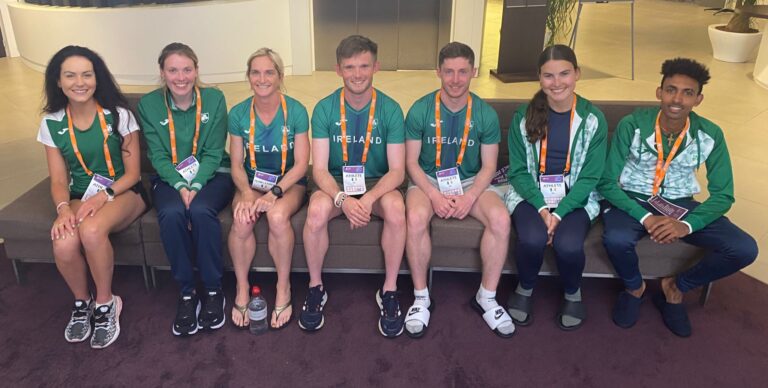