Hartnett mastered the men’s 6-kilometre course in style, powering around a tough 3-lap route that had been well churned up coming in to the final race of the day. The East Cork athlete thrived in the conditions and wasn’t for catching up the home straight, finishing 20 seconds ahead of clubmate Frank O’Brien (East Cork AC) who took silver. Cathal O’Reilly claimed bronze for Kilkenny City Harriers.

It completed a superb two weeks for Hartnett who also secured a top-20 finish at the national cross-country championships in Rosapenna.

Fiona Everard (Bandon AC) ensured the day’s novice titles remained in Cork with a dominant ‘from-the-gun’ performance which saw her break from the field over the first lap. Everard was buoyed by her top 10 finish in Donegal two weeks previous and never looked back once the decisive move had been made. Kate McDonald (Ballyroan Abbeyleix & District AC) ran a well-judged race to claim silver, while Laura Buckley (Dunboyne AC) followed them home for bronze.

The team titles went the way of Mullingar Harriers in the men’s race and Dublin City Harries in the women’s race.

Avril Millerick (Youghal A.C) followed up her Autumn Open International win in October to take the girls U19 race with a hugely impressive display. Millerick led home an outstanding performance from Youghal AC which saw the Cork club claim the team gold with 4 athletes inside the top 12 positions.

European Youth Olympian Cormac Dixon (Tallaght AC) claimed the boy’s U17 impressively, while Lucy Foster U17 (Willowfield Harriers) made the long journey to Cork all the more worthwhile by taking home gold in the girl’s U17 race.

Freya Bateman (Belgooly AC) got the better of Donore’s Emily Bolton in a titanic battle in the girl’s U15 race, while Rhys Johnson (Naas AC) took the honours in the U15 boy’s race.

The Renton (U13) twins provided yet another superb display of cross country running in one of the early highlights of the busy 12 race schedule. The Westport AC pair went toe-to toe-over the 3500m route, with Freya ultimately finishing narrowly ahead of sister Holly to double up on the gold she collected in Donegal two weeks previous.

A superb day of racing was made possible by the outstanding work of the host club St Catherine’s AC which allow fans cheer home impressive performances from Ailbhe Finucane U11 (Templeogue AC), Daniel Gallagher U11 (Moy Valley AC), and Alan Hallinan U13 (Craughwell AC).

Irish cross-country fans now turn their attention to supporting Team Ireland as they make their way to Turin next weekend for the European Cross Country Championships set for La Mandria Park on December 11th. 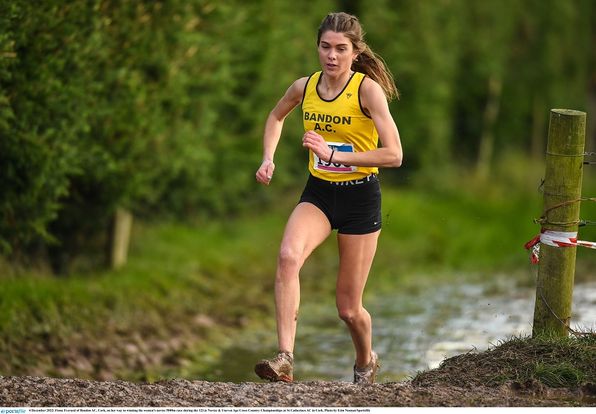