Mark Coady Triathlete: Going All In For a 24 Hour Triathlon

Mark Coady is a 27 year primary school teacher from Youghal in Co. Cork who took on an epic challenge on January 2nd to kick start his new Year by completing a 24 hour triathlon in support of the Irish Cancer Society.

Whilst most of the rest of us were wondering if it was still ok to eat a selection box before lunch or if it was too early in the morning at 11am to have a Baileys coffee, Mark was embarking on personal challenge to complete 3 hours of swimming, 12 hours of cycling and 9 hours of running to give him a total of 24 hours moving time in 27 hours across swim, bike and run.

Following the disappointment of the cancellation of IRONMAN Cork in 2021 due to Covid19 and on the back of a cancer diagnosis received by his dad last year,  Mark turned his disappointment of the race cancellation to dedication and spurred on by the opportunity to raise funds for the Irish Cancer Society, he set about training for his biggest and most difficult endurance event to date.

A multiple Dublin Marathon finisher he stepped into the world of triathlon and long distance triathlon when the inaugural IRONMAN Ireland took place in Youghal in 2019.  Bitten by the triathlon bug he had big plans to race the event again along with his fellow tri club members at South Coast Triathlon the following year, but alas it was not meant to be.

As we all know Youghal and its people embraced IRONMAN in 2019, the spectator support at the event was incredible.  Despite the weather with athletes battling the conditions capturing the hearts of the gathered crowds, the people of Youghal provided the warmest of welcomes on a day where you would have been drier and warmer had you stood in the sea for an hour!

This New Year it was Mark Coady who captured the hearts of the local community with his 24 hour triathlon as people came out to support his efforts.  Battling horrendously wet and cold weather conditions his mind and body, although tired, were strong to the end.  Supported by a wonderful crew of family, friends, fellow tri club members and the wider community he completed his challenge with a smile on his face despite what he had just achieved.

In this episode we catch a glimpse of those 24 hours of swim, bike and run, getting the inside track on the training and preparation required to embark on the challenge with details on how the day unfolded as Mark went all in to deliver a very special day not only for himself and his family but for the people of Youghal.

If you would like to support Mark’s fundraising effort click HERE, to date over €11,000 has been raised from the event. 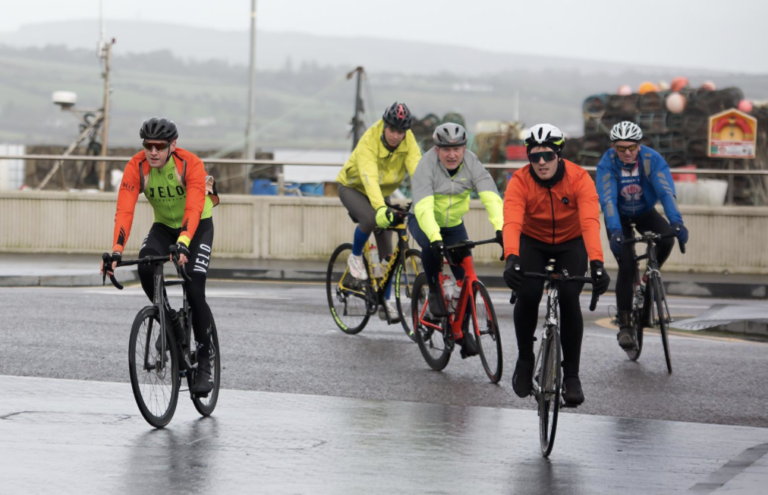