The second instalment of this year’s Athletics Ireland Race Series sponsored by Sports Travel International takes place this weekend (Sunday June 12th) in the Phoenix Park. The Irish Runner 5 Mile, which incorporates the National 5 Mile Championships gets underway from 9am on Chesterfield Avenue with a strong entry from over 60 clubs set to battle it out for national honours.

It looks like a wide-open race for the podium places in both the men’s and women’s races, and we will have new national 5-mile champions come 9.30am on Sunday with 2019 gold medallists Sally Forristal and Mick Clohisey missing this year’s race.

The battle for team medals should be another hotly contested affair. Raheny Shamrock will have another strong turnout as they bid to defend their 2019 senior and 50+ championship titles in the women’s categories, likely to be led home by the evergreen Zoe Quinn and Adrienne Atkins.

Raheny will also be targeting another senior men’s title but are likely to face some stiff competition with Clonliffe Harriers looking particularly strong, boasting the in-form Ian Guiden among their entries. Liffey Valley AC are another to look out for in the senior men’s race as they look to improve on their 3rd place team finish in 2019.

Sli Cualann AC will be looking to build on their great 2019 performance, after a 5th place finish for the senior men’s team and a second place for the senior women’s team.

In the men’s 50+ category, Rathfarnham W.S.A.F. A.C will be looking to retain their championship title with Colm Murray back in action after forming part of the 2019 winning team.

Event organisers would like to remind all participants and spectators that the race will start on Chesterfield Avenue at 9:00am on Sunday June 12th.

Images will be available FOC on Sportsfile 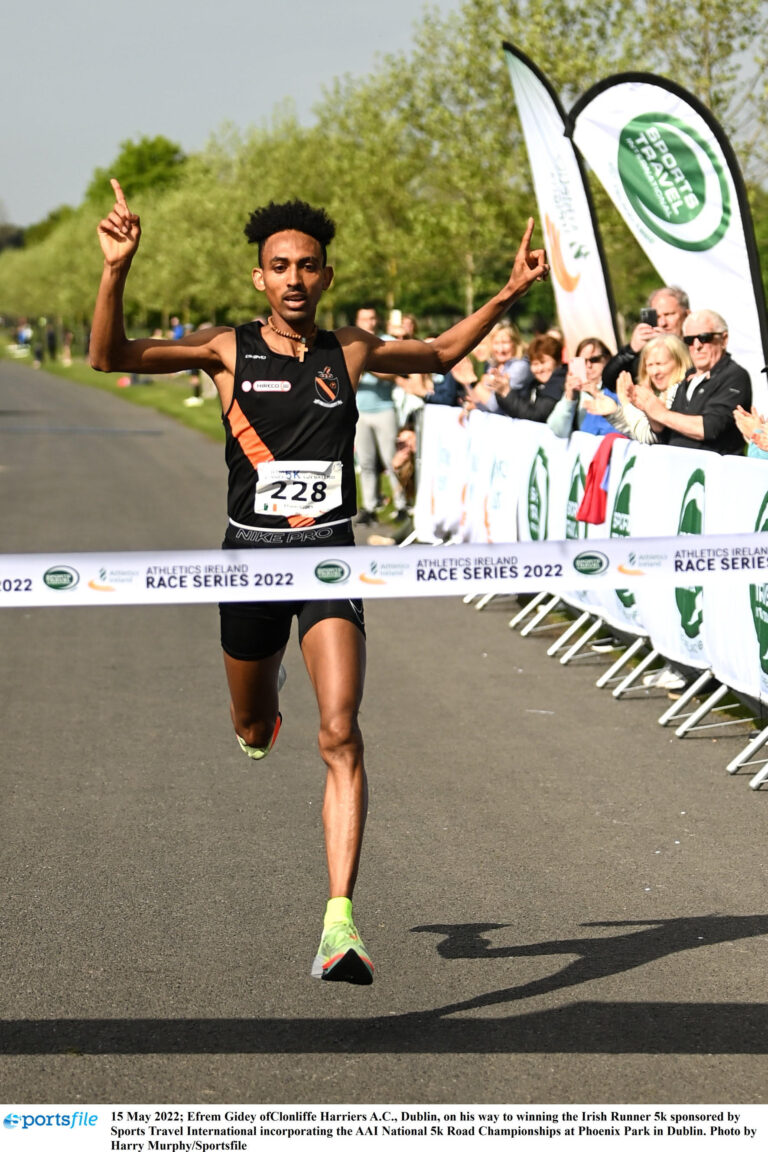