It was a day of outstanding team and individual performances, and those in attendance didn’t have to wait long to see Irish athletes in contention for medals. Nick Griggs (Silver) and Dean Casey (Bronze) claimed a superb double podium finish for Ireland in the first race of the day, performances which would help the Irish U20’s to the team silver medal alongside teammates Sean McGinley (12th), Callum Morgan (18th), Jonas Stafford (33rd), and Mark Hanrahan (53rd).

The men’s U23 followed their medal-winning-teammates to the podium shortly after, claiming a superb team bronze medal thanks to some brilliant championship running from Efrem Gidey (5th), Keelan Kilrehill (9th), and Shane McEvoy (15th).

Darragh McElhinney (26th) was fearless in his pursuit of the individual medals, but last year’s silver medallist had to settle for 26th having been with the leaders over the first 3 laps of the tough and undulating course. Jamie Battle (55th) and Thomas McStay (63rd) rounded out another inspiring performance from the U23 team.

Irish medals didn’t end there however, with a gritty senior women’s team using all of their championship racing experience to win another brilliant bronze thanks to an outstanding double act from twins Eilish and Roisin Flanagan who crossed side-by-side in 11th and 12th place.

Mary Mulhare (27th) would round out the scoring for the bronze medal-winning-team, but she was closely supported by Ann Marie McGlynn (31st), Aoibhe Richardson (46th), and Michelle Finn (55th). The result continues an outstandingly consistent run from the senior women’s team who have medalled for the 5th time in 11 years at these championships.

There were more outstanding performances away from the medals today too, with Jane Buckley securing a brilliant 5th place finish in the women’s U20 race, while the senior men’s team saw 3 athletes inside the top 30 places in a stacked field. Peter Lynch of Kilkenny City Harries was outstanding throughout and finished 15th ahead of Hiko Tonosa Haso (27th)  and Brian Fay (30th) .

Sarah Healy was right in contention for a medal in the U23 race but unfortunately had to withdraw during the final lap with injury.

Today’s performances continue a remarkably consistent medal-winning-run for Irish athletes at European Cross Country Championships. Ireland has won 12 medals over the last 3 editions of these championships; a stat made all the more impressive when set against the 13 medals won in the previous 25 editions. 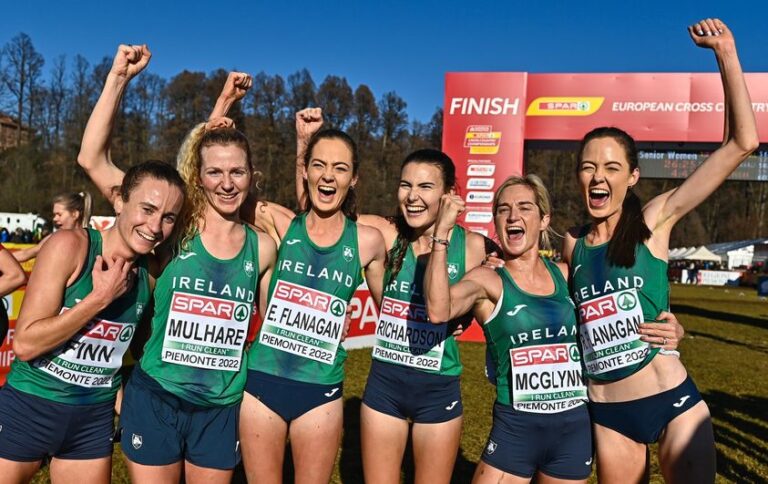