Irish athlete Sean Tobin has won the 17th edition of the Antarctic Ice Marathon on his marathon debut. The race takes place in the vicinity of Union Glacier Camp, within a few hundred miles from the South Pole, at the foot of the Ellsworth Mountains.

“‍Cold: The correct clothing is an essential element in dealing with the cold. Please refer to the Race Gear section for information on clothing.
‍
‍Underfoot Terrain: The underfoot terrain can be energy sapping in places, though the snow will not be deep: the course will be groomed beforehand so it should be reasonably solid, but not always.”

The event website also highlights that the lowest temperature ever recorded on earth, -94.7°C (-135.8°F), was in eastern Antarctica in 2010. At this temperature steel will shatter and water will explode into ice crystals. The continent also experiences regular Katabatic winds, reaching 300 km per hour (185 miles/hour). However, race temperatures are mild by comparison, with the temperature at Union Glacier typically ranging from –10°C to –20°C at this time of year.

The marathon is normally run on a 10.55km loop that is repeated four times, with an aid station every 5km.

Clonmel’s Tobin, at just 28-years-old, ran the fastest marathon in history on the continent, clocking 2:53:33 to break the previous record of 2:54:54 by USA’s Mike Wardian. Spain’s Joan Pierre Carbonell Alberti crossed the line in second place with a time of 3:29.04, while Joey Prestidge from the UK rounded off the podium.

Fellow Irishman Gary Thornton was also the first man home in the 2016 edition of the Antarctic Ice Marathon, with a time of 3:37:13.

An accomplished international athlete in a variety of distances, Tobin is a sub 4-minute miler, a European Indoor 3000m finalist, a top 10 finisher at the European cross country championships, and a two-time national champion (1500m and 10,000m). He was an athletics scholarship recipient, representing Ole Miss in the USA and helping them to NCAA national championship success.

His pre-race entry bio states he was “looking forward to running his first marathon – in Antarctica of all places – before focusing on qualifying for the Paris Olympics.” 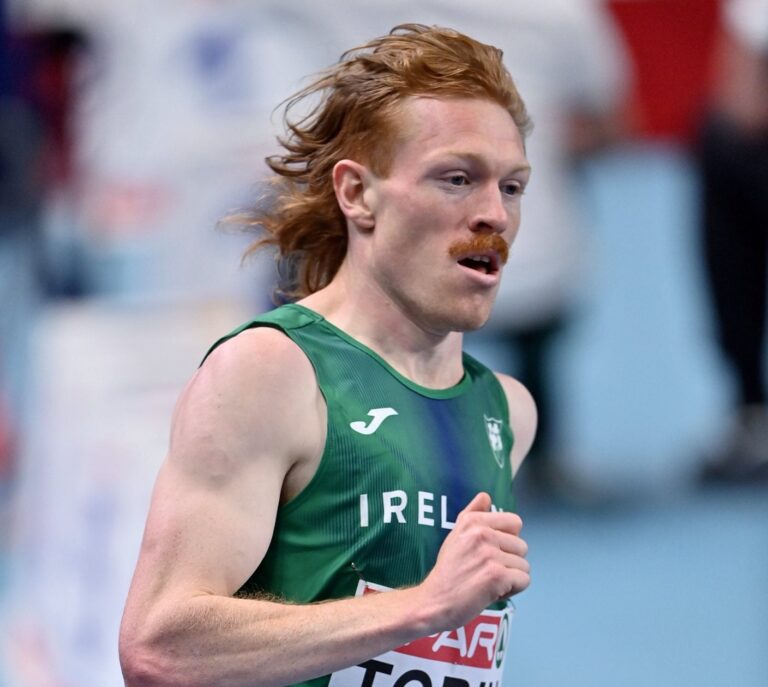