Earlier this year, Triathlon Ireland began the search for ‘Beyond the Finish Line’ Women in Sport advocates to join their current team of eight. Overwhelmed with the response and number of applications from inspirational women all around Ireland, and having originally launched the search for five advocates, the governing body increased that number to six.

– Double the number of women and girls participating in the sport

– Double the number of female coaches and Technical Officials

– Be a leading governing body in female leadership development

– Lead the way in changing perceptions of women in the sport

You can read the full strategy here.

WHO ARE THE ‘BEYOND THE FINISH LINE’ ADVOCATES?

Throughout 2022, Triathlon Ireland will be following their 14 advocates on their triathlon journey with regular training, coaching and technical officiating updates, and catching up with them at their races.

Each advocate will be championing the sport of triathlon in their local club and community, sharing their story along the way. Keep an eye out for the advocates on the triathlon circuit this summer and if you see them, don’t forget to go and say hello, they’d be delighted to have a chat!

Keep an eye on the Triathlon Ireland socials in the coming weeks as they will be meeting each advocate and finding out a little more info about them. 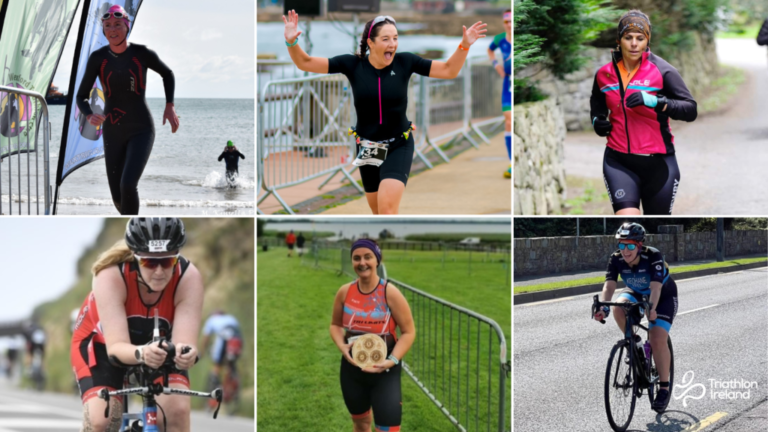