In the past ten years, Ger Kennedy has completed an array of ice swims around the globe, from ice miles to under-ice swims. The 53 year-old has long been nicknamed Dr. Ice.

Fresh from leading a North Channel crossing earlier this month, part of the first team to swim the North Channel in the depths of winter making it an extreme swim in what is widely regarded as the toughest of all channel crossings; (listen back HERE) Ger was in Sameons, France, shortly afterward to represent Ireland at the 5th World Ice Swimming Championships.

At the closing ceremony of the event, Ger was inducted into the Ice Swimming Hall of Fame to the Class of 2023 for his achievements in cold water swimming.

He stated on Facebook after the award that “It’s an incredible honour to be inducted into the Ice Swimming Hall of Fame. This accolade reflects 10 years of blood, sweat, and tears – such a journey in the ice. Without the support of my wife Alice Kelliher, my family, and my daughters, none of this would have been possible.”

What’s next for Ger? He’ll take to the waters of the English Channel as part of the first ever January Relay race. You can read more about the event HERE. 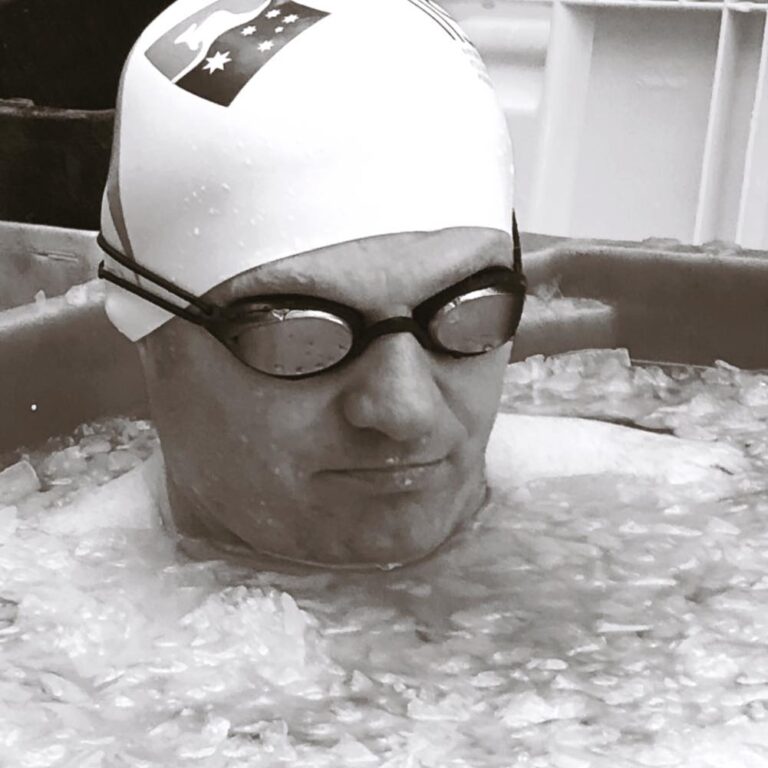